The DCI Will Blake series was, in part at least, a child of the Lockdown. I had been working on book 1, A Poison Tree for some time before Covid 19 hit the UK but it came out almost at the same time as we all stayed in.

When my wife and I started this venture (Mrs M manages much of the business side of the erm… business) we really wanted A Poison Tree to be available in audio format, too.

The challenge then was to find the right voice to tell the story. The series is set on the Wirral and the Merseyside accents are so easy to mangle. Anyone with a regional accent will tell you what’s wrong with an actor’s rendition of it if they aren’t local. A number of authors had told us horror stories of how actors had narrated their stories in accents that sounded like parodies.

We were aware how devastating the Lockdown was to the performing arts. So it struck us that this was a perfect opportunity to find a local actor and maybe put some work their way during these difficult times. When we found young, Liverpool actor, Owen Welsh, he was a perfect fit. 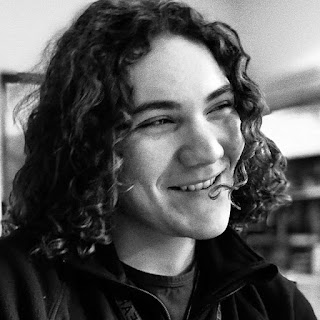 Owen has been a member of Liverpool Everyman Youth Theatre, attended Liverpool Institute for Performing Arts sixth form college as well as Preliminary Acting at Guildhall School of Music and Drama. He is a versatile voice artist and captured the characters brilliantly.

Funnily enough, Owen remembered the day I visited his school and has a signed copy of one of my books. We loved hearing the story develop as he sent it through chapter-by-chapter. Apparently, he’s based a number of characters on people he knows. Blake is based on his dad, his voice just a little bit grumpier and deeper.

We’re hoping to work with Owen again on future publications!

You can get A Poison Tree on audio here

Where Did That Come From?

A Poison Tree is the first of my new crime thriller series. Like most writers, I didn’t have one breakthrough moment that brought the story screaming into my head. One thread started off when I was volunteering in a charity shop but more of that another time. The roots of this go back much further; fourteen years in fact.

In 2006, I was teaching English and doing a lot of running as a way of dealing with the stress. Running is one of those repetitive activities that puts you into a weird alpha state and I ran, a character started talking to me: Josie Chrimes.

But she was not any old detective; she travelled through space and time. Unwillingly. She would wake up in random places with no knowledge of how she got there or even who she was at first. She had a huge coat whose pockets provided everything she needed (not necessarily what she wanted). Once she had established who and where she was, DI Josie Chrimes would set about solving the crime.

There were elements of the supernatural mingled with the investigation and, gradually, Josie found herself in a gothic Victorian London. She became a twelve-year-old girl and her guardian, a stage magician with a dark secret, appropriated her coat. Then the coat disappeared altogether.

After four years of rewriting and alteration, in 2010, that story became Mortlock, a gothic novel for eight to twelve year-olds. Published by Bloomsbury, it won all kinds of prizes and still sells well.

In it, Josie Chrimes is a stage magician’s assistant, constantly trying to find out what happened to her parents. Her mother died but something sinister happened to her father. It is that mystery that she sets out to solve, discovering a twin brother along the way. It’s also a murder mystery with a twist at the end.

So I guess, in some ways, this isn’t a new foray into crime for me. 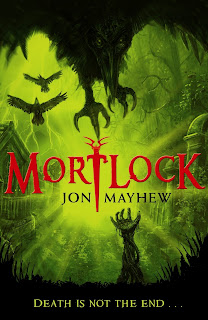 Jon M
Author of the DCI Will Blake Series and other Thrillers. Also children's author of the best-selling Mortlock series.